Marie was born in Devon.  She studied at the Guildhall School of Music and Drama and the Royal Academy of Music in London, where she was awarded a DipRAM.

Marie's many oratorio performances include the major works of Verdi, Rossini, Elgar and most especially Handel and Bach.  She has worked with many of the UK's leading conductors,

including Nicholas McGegan, Sir David Willcocks, David Hall, Edward Gardner, Vladimir Jurowski and Harry Christophers and The Sixteen.  Most recently she sang the alto solo in two performances of Handel’s Messiah in India.

Julia was born and educated in East Sussex. She studied at The University of York where she gained a Bachelor of

Oratorio includes; Poulenc Gloria, Bach St Matthew Passion and St John Passion (University of York), a world premiere of a chamber oratorio about the life of William Blake written for his 250th Anniversary in St James’ Church Piccadilly, Tippett A Child of Our Time, Handel Israel in Egypt (Canticum Chamber Choir), Britten Rejoice in the Lamb and A

Jacquelyn Bevan learned to play 'by ear', having listened to her father playing the piano every evening, mostly Bach.  A pupil of Caroline Diffley, and later Dennis Dance at the Guildhall, she gained a First in Music at Bristol University, where she studied piano and harpsichord with Kenneth Mobbs, followed by a PGCE and a full-time career teaching music in sixth form colleges, secondary, Further and Higher Education.

In 1996 Jacquelyn became a full-time pianist, organist and harpsichord and now has a varied musical life as a chamber pianist, accompanist, composer and arranger.  She is a staff accompanist for South West Music School, the Mid-Somerset Festival, and is in much demand as a freelance accompanist.

Jacquelyn is a founder member and Director of Musicians South West and runs a number of concert series, including free concerts at Midsomer Norton Town Hall and Holy Trinity, Bradford-on-Avon.  With her piano trio, Trio Paradis, she was awarded an Arts Council grant to tour Women of World War One in 2014-18 across the South West.

Matthew was born in Tanzania, and went to Saltash Comprehensive School in Cornwall. After gaining a first

in music and history at Keele University, followed by an MMus with distinction at Goldsmiths College London

University in ethnomusicology, he then completed a DPhil at Magdalen College, Oxford.  He also enjoyed a gap year at Sarah Lawrence College USA, and studied lute and early music performance at the Royal College of Music.

Matthew is now a Reader in Music at Bath Spa University.

Formerly he taught at London Guildhall University, where he held a three-year Leverhulme Research Fellowship (1989-92),

followed by a period as music lecturer at Birmingham University.   His ‘History of the Lute in Britain’ was published by OUP in 2001 and won the international Bessaraboff prize from The American Musical Instrument Society (AMIS), and his edition of the Balcarres Manuscript was published in 2010.  He performs with a number of Early Music ensembles and has appeared on over 50 recordings.

Matthew has wide interests in Early Music with a specialism in music for the lute and related instruments.  Since working in

Bath he has developed an interest in the music of Georgian Bath.  Matthew directs a number of professional and student ensembles and has performing experience in world and folk music. 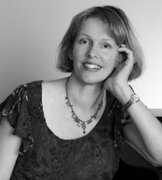